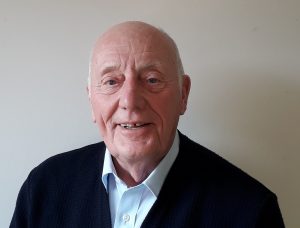 “After nearly 40 years, I still get pleasure being involved as a Trustee for Berkshire Youth!”

This week is Trustees’ Week – an annual event showcasing the great work of the 700,000 volunteer trustees who run charities in England and Wales.

We recently caught up with Berkshire Youth Chair, W E Jim Leftwich C Eng. MIET. FRSA. OBE, for his thoughts on being a Trustee.

“It would have been easy to see Wednesday evening, 20 October, as a duty as I attended a fundraising event at the newly refurbished Waterside Centre in Newbury; but as people gathered I saw a large group of obviously excited youngsters and I was informed that they were the members of VoxFresh, who were going to provide some 20 minutes of singing to open the evening.  Berkshire Youth regard them as partners who hire space to practise in our new Waterside facility and their ages range from 4 to upper teens. With time to spare, I joined their leader and the group for a really lively chat as they enthusiastically told me about the three songs they were going to sing and were even more pleased when I was able to tell them I actually knew one of their modern songs. I then chatted to the photographer who was covering the event and it transpired that 60 years ago he was a club member of the original youth club at the Waterside!!

“Then the entertainment started and all their early enthusiasm became channelled into their singing, both as a choir and as one after the other various members stepped forward to do a solo section. There was total confidence and joy in all they were doing and the obvious pleasure they derived from the spontaneous applause was self-evident. Then came the personal realisation that every member of VoxFresh was younger than my youngest granddaughter, but there had been no generation gap in talking with them and in being entertained by them. A powerful reminder of why,  after nearly 40 years, I still get pleasure being involved as a Trustee for Berkshire Youth.”

We would like to take this opportunity to thank all of our wonderful Trustees for their hard work, commitment and enthusiasm for Berkshire Youth and the young people of Berkshire.